December 6, 2021
by Foto Presse Club
in Decoration
No Comments 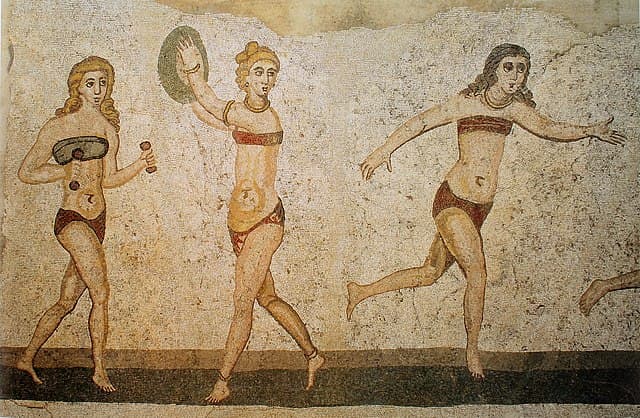 Mosaic is a decorative art made from tesserae, that is, fragments of stone, colored stone, enamel, glass or ceramic. It requires the use of putty or plaster and it usually forms pretty patterns or exceptional figures.
It comes in different types, including: Greek mosaic, Roman mosaic, Byzantine mosaic, Florentine mosaic, modern mosaic, contemporary mosaic and grain mosaic. And it is often the subject of photographs.

The photograph of the Greek mosaic of deer hunting

Among the mosaic photographs that are currently available on the Internet, it is worth mentioning the mosaic of deer hunting. It is a Greek mosaic preserved in the house of the Abduction of Helen in Pella and made by the mosaicist Gnôsis. It dates from the fourth century BC.C and it depict scenes from everyday life, including hunting scenes.

The photograph of the Roman mosaic Colombes

Photography of the Byzantine mosaic Moses

In addition, there is also the photograph of the Byzantine mosaic Moses. It was made in the sixth century and is installed in one of the great places of the Byzantine mosaic: the Basilica of St. Vital in Ravenna. It is essentially parietal and it is composed of golden tesserae and glass paste laid in a flat way and with multiple reflections.

The photograph of the Russian mosaic Salon of the Malachites

The other mosaic photograph to lift is that of the Salon des malachites at the Palais d’Hiver. It is a very famous Russian work, because it was made by Konstantin Ukhtomsky in 1865. It is considered a true art object. That is why it is used as an interior decoration of palaces in St. Petersburg.

But the list doesn’t end there, there are also photographs of contemporary mosaics such as that of Space Invader in Manchester, England and Mosaic Heart in Milan, Italy. The Space Invader is made by the mosaicist Invader in reference to the video game Sapce Invaders.
She has inspired many other artists to use mosaic on the street, including: Stork and his storks, Técinka and his hearts, Mifamosa and his street illustrations, and Ememem and his sidewalk dressings. Hence the second work which is the mosaic heart of Técinka.

Photography is a good way to demonstrate the know-how of a craftsman. It actually makes it possible to photograph a work or a work of art in order to be able to exhibit it later or to show it to those who are interested in it. It is also the best way to immortalize a […]

Surely you have already heard of photo therapy? Well, it's simply professional photography therapy. It is a real personal development tool used by photographic therapists to help some people cope with their psychological disorders. In fact, it is a good way to restore confidence and regain serenity and personal well-being. What are the benefits of […]