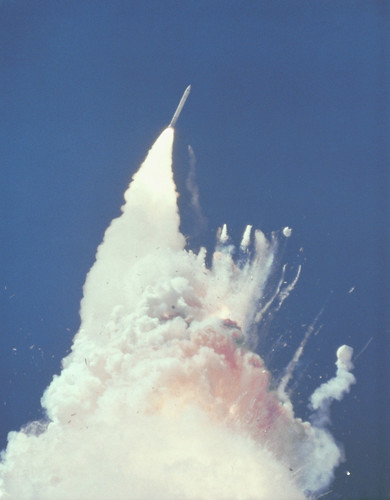 (January 28, 1986) At about 76 seconds, fragments of the Orbiter can be seen tumbling against a background of fire, smoke and vaporized propellants from the External Tank. The left Solid Rocket Booster (SRB) flys rampant, still thrusting. The reddish-brown cloud envelops the disintergrating Orbiter. The color is indicative of the nitrogen tetroxide oxidizer propellant in the Orbiter Reaction Control System. On January 28, 1986 frigid overnight temperatures caused normally pliable rubber O-ring seals and putty that are designed to seal and establish joint integrity between the Solid Rocket Booster (SRB) joint segments, to become hard and non- flexible. At the instant of SRB ignition, tremendous stresses and pressures occur within the SRB casing and especially at the joint attachment points. The failure of the O-rings and putty to « seat » properly at motor ignition, caused hot exhaust gases to blow by the seals and putty. During Challenger’s ascent, this hot gas « blow by » ultimately cut a swath completely through the steel booster casing; and like a welder’s torch, began cutting into the External Tank (ET). It is believed that the ET was compromised in several locations starting in the aft at the initial point where SRB joint failure occured. The ET hydrogen tank is believed to have been breached first, with continuous rapid incremental failure of both the ET and SRB. The chain reaction of events occurring in milliseconds culminated in a massive explosion. The orbiter Challenger was instantly ejected by the blast and went askew into the supersonic air flow. These aerodynamic forces caused structural shattering and complete destruction of the orbiter. Though it was concluded that the G-forces experienced during orbiter ejection and break-up were survivable, impact with the ocean surface was not. Tragically, all seven crewmembers perished. 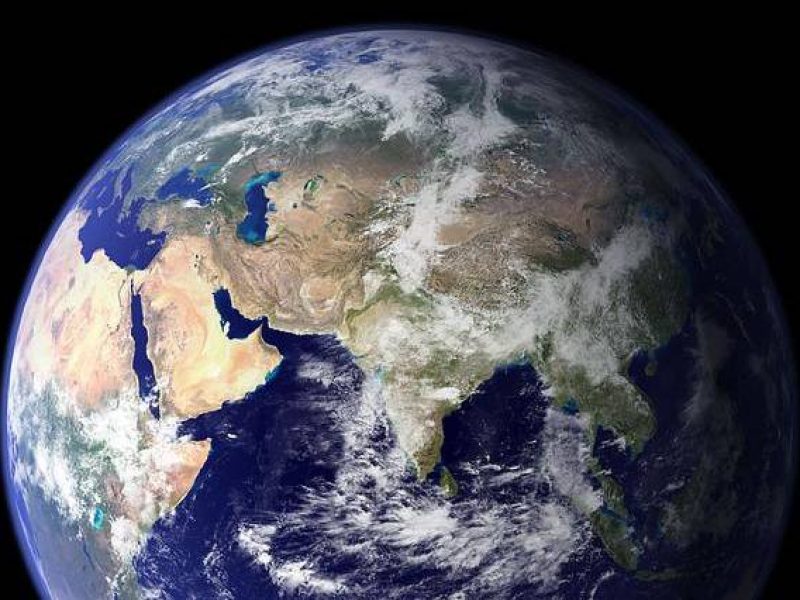 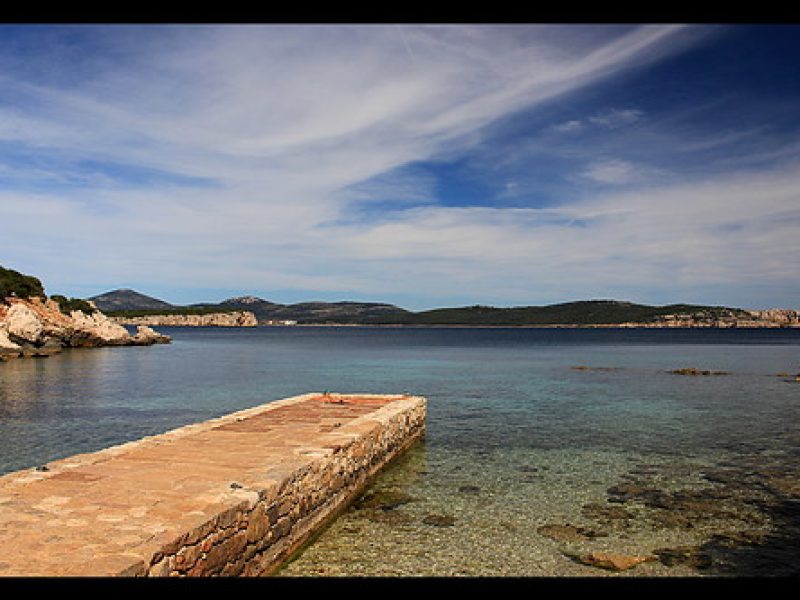